Without presenting a negative PCR test for SARS-COV-2 virus, the following may enter Bosnia and Herzegovina:

BiH citizens may enter Bosnia and Herzegovina with a valid travel document, i.e. a valid passport or other identification document issued by the competent authority of BiH and a valid identity card and other identification document with a photograph that may be used to cross the state border and is recognized by an international agreement to which BiH is a contracting party, while in the case of entry into BiH without a valid travel document of BiH (passport), they are subject to misdemeanor proceedings (penalty charge).

Please note that citizens of Bosnia and Herzegovina are not required to have a PCR test for SARS-COV-2 virus.

Welcome to the website of the Embassy of Bosnia and Herzegovina to the United Kingdom of Great Britain and Northern Ireland with the non-resident representation in the Republic of Ireland.

My staff and I will work tirelessly to deepen our already excellent bilateral ties, to promote our country’s trade, tourism and investment opportunities, open new venues for cultural and educational exchanges, and offer services and information to our citizens and visitors.

I hope that you will find our website informative, but we also welcome your comments, suggestions and further inquiries. 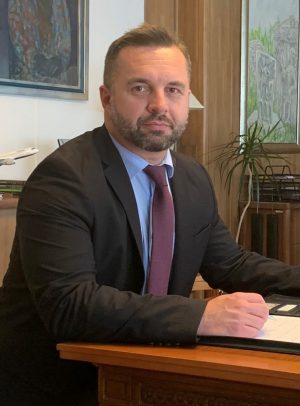 Meeting of Ambassador Filipovic with the UK Minister for European Neighbourhood and the Americas, Wendy Morton MP

Ambassador Filipovic had a pleasure of meeting with the UK Minister for European Neighbourhood and the Americas, Wendy Morton MP. During the meeting a number of areas of common interest were discussed – Climate action and the upcoming COP26 conference; the status of the BiH-UK trade and partnership continuity agreement; BiH’s submittal of Program of […]

We are informing you of the changes in the working of the Consular section and work hours. 1. Consular services in person will only be possible based on confirmed appointments. In order to make an appointment, please contacts us by email, specifying the type of service you require. Our email is: embassy@bhembassy.co.uk. Our consular worker […]

Copyright © 2019 The Embassy of Bosnia and Herzegovina in London. All rights reserved.